The small animal centre Arndt is located in the oldest district of Karlsruhe, namely in Durlach - Karlsruhe Durlach.

Karlsruhe Durlach is the largest district of Karlsruhe.1715 the foundation of the new residence city Karlsruhe started from here. The eastern Karlsruhe district Durlach is older than Karlsruhe itself. The old town of Durlach with its picturesque market place, the town wall, the castle square and the narrow alleys and walls has a medieval flair. Durlach is the largest district of Karlsruhe with almost 30,000 inhabitants and is often called the "mother" of Karlsruhe. For the residence of the Margraves of Baden-Durlach was Durlach. But in 1715 Karl Wilhelm moved his court to Karlsruhe. Durlach remained an independent town. It was not until 1938 that it was incorporated.

Our veterinary practice is located on the so-called Geigersberg of Karlsruhe Durlach. The Geigersberg is a residential area in Durlach. It is part of the district Hanggebiet and also includes the so-called "Rosengärtle". The border to other residential areas is the Badener Straße (B3) in the west and the Rittnertstraße (K 9654) in the northeast. In the south, no settlements directly adjoin it. The Geigersberg marks the northern beginning of the Black Forest, while the neighbouring Turmberg, also located in Durlach, belongs to the southern foothills of the Kraichgau (© Wikipedia).

The local mountain is the Turmberg, on the top of which there are the remains of a castle to which the Turmberg cable car leads. Opposite it, separated by the Rittnertstraße, lies the Geigersberg, where the Black Forest begins. The Guggelensberg and Lerchenberg surveys follow. All these hills still belong to Durlach and are a popular celebrity and villa district of Karlsruhe because of the view from them over the Rhine plain. In the middle of this villa area of Karlsruhe you will find the new small animal centre Arndt. 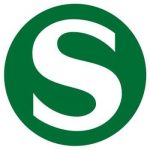 Durlach is very easy to reach from the centre of Karlsruhe by public transport (KVV). So you can get on for example at Ettlingen Gate In Karlsruhe, take the S-5 in the direction of Rintheim, then change to the S-1 at Durlacher-Tor/KIT and 13 minutes later you will be at the Karlsruhe Turmberg stop. From there it is a 5 minute walk to the Kleintierzentrum. 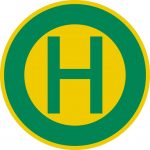 Or you can take the bus line 26 - it stops directly in front of the Small Animal Center - bus stop: Käthe-Kollwitz-Str.

You can reach us just as easily by car. Either drive straight on from the centre of Karlsruhe on Durlacher Allee past XXL-Lutz, turn left onto Pforzheimer Strasse and then right onto Pfinzstrasse, cross Badener Strasse and then onto Rittnertstrasse - direction "Thomashof / Karlsruhe-Stupferich". And then please follow the signs to Geigersberg/Kleintierzentrum.

Alternatively, you can also reach us via the BAB5 motorway from the south or north by taking the Karlsruhe-Durlach exit and then following the signs for Durlach. Then follow the above description on Durlacher Allee. 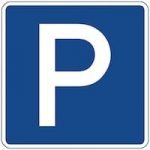 There are sufficient free parking spaces directly in front of the small animal centre. 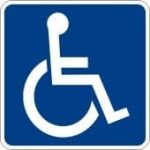 Our practice is barrier-free and handicapped accessible.

We are looking forward to seeing you!